Be gracious in your speech. The goal is to bring out the best in others in a conversation, not put them down, not cut them out. ~ Colossians 4:6 (MSG)

A late night word search taught me the meaning of another bunch of words. What is the category or type for each of these words?

07-09 When you speak, does the average person stare off into nothingness?

04-06 So what if you’ve never been to China, India, Japan, Pakistan, Poland, Scotland, Slovakia, Tibet, Tunisia, or Wales. As quiz-master, I rule.

When I can’t sleep at night, I get up and read a couple of chapters of whatever book I’m enjoying. After that, I try to bore myself to sleep by doing a few word search puzzles. This usually does the trick–until I come across words I don’t know. Here’s a list of them. Do you know their meaning? 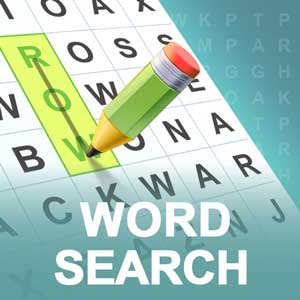 Since this is the kind of life we have chosen, the life of the Spirit, let us make sure that we do not just hold it as an idea in our heads or a sentiment in our hearts, but work out its implications in every detail of our lives. That means we will not compare ourselves with each other as if one of us were better and another worse. We have far more interesting things to do with our lives. Each of us is an original. ~ Galatians 5:25-26 (MSG)

Many of the words I chose are from The Thinker’s Thesaurus by Peter E. Meltzer.

The fear of the Lord is the beginning of wisdom; all who follow his precepts have good understanding. ~ Pslam 111:10 (NIV)

Blessed are those who find wisdom, those who gain understanding, for she is more profitable than silver and yields better returns than gold. She is more precious than rubies; nothing you desire can compare with her. Long life is in her right hand; in her left hand are riches and honor. Her ways are pleasant ways, and all her paths are peace. She is a tree of life to those who take hold of her; those who hold her fast will be blessed. By wisdom the Lord laid the earth’s foundations, by understanding he set the heavens in place; by his knowledge the watery depths were divided, and the clouds let drop the dew. ~ Proverbs 3:13-20 (NIV)

07-09  People only pretend to know what you’re talking about.

Much of this vocabulary quiz is based on The Thinker’s Thesaurus by Peter E. Meltzer.

Let your conversation be always full of grace, seasoned with salt, so that you may know how to answer everyone.  ~ Colossians 4:6 (NIV)

May these words of my mouth and this meditation of my heart be pleasing in your sight, Lord, my Rock and my Redeemer.  ~ Psalm 19:14 (NIV)

Here are the answers.

07-09  People must have a difficult time communicating with you.

00-03  Call me sometime. We can practice our one syllable words.

If any of you lacks wisdom, you should ask God, who gives generously to all without finding fault, and it will be given to you. ~ James 1:5 (NIV)

Much of this vocabulary quiz is based on The Thinker’s Thesaurus by Peter E. Meltzer.

The heart of the discerning acquires knowledge, for the ears of the wise seek it out.  ~ Proverbs 18:15 (NIV)

The fear of the Lord is the beginning of knowledge, but fools despise wisdom and instruction. ~ Psalm 1:7 (NIV)

This vocabulary quiz is based on The Thinker’s Thesaurus by Peter E. Meltzer.

His divine power has given us everything we need for a godly life through our knowledge of him who called us by his own glory and goodness.  ~ 2 Peter 1:3 (NIV)

For wisdom will enter your heart, and knowledge will be pleasant to your soul. ~ Proverbs 2:10 (NIV) 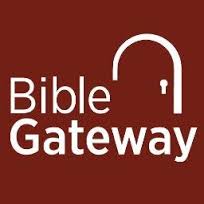 Founded in 1993, BibleGateway.com is the original multilingual online Bible resource. Now owned by HarperCollins Christian Publishing, it offers the Bible in 70+ languages and 180+ versions. Did I mention it was free to use? You can see why it’s my favorite resource.

In my studies of different versions [maybe 8 out of the 180!], I’ve come across quite a few words that stump me. Mostly in the King James Version, which is an English translation for the Church of England, begun in 1604 and completed in 1611, under King James VI. In other words, it’s really, really old English. The 12 words below are but a few.

Can you match up these 12 words found in the King James Bible with the correct definition?

How did you do?

This vocabulary quiz was a hit so I thought I’d make it an irregular event. Besides, if I keep looking up new words, one of them might actually stick in my mind long enough for me to use it.

Not happy with your score? Here’s a bonus question. What is a synonym for the word poecilonym [pronounced pee-SILL-o-nim]?

Bonus Answer:  Poecilonym is a synonym for the word synonym.

When my husband gave me The Thinker’s Thesaurus by Peter E. Meltzer for Christmas, my first thought was something like: “Really? I already have three thesauruses on my bookshelf, which, of course, I hardly ever use because real  writers aren’t suppose to.”

But I was charmed when I read Meltzer’s dedication to his wife Deidre: “Self-deprecation notwithstanding, I’m sure that you are way more captivating than Mrs. Webster or Mrs. Roget ever were.” Then, it was the author’s claim in the introduction that hooked me, mainly because he made me chuckle:

While in theory a thesaurus is a marvelous reference aid, the reality tends to be quite different. That “eureka” moment (“That’s just the word I need!”) we all hope for when consulting a thesaurus occurs far too rarely. Conventional thesauruses present “le mot juste” far less frequently that they should (and never present the term “le mot juste” itself).

So I decided to have fun with the new words I found and to share them with my fellow readers and writers. Here are your first 12. Do you know their meaning?

Have you circled all your answers? Are you sure? If so, you can scroll down to see how you did.

Be honest. How many did you get right? You don’t have to tell me, but it wouldn’t take much to impress me.