We’ve had a shock of sorts over the past few days concerning my husband David’s health. Last Friday we saw an oncologist at Dana-Farber Cancer Institute in Boston.

DOCTOR, looking at David: “You’re in good health other than the Acute Myeloid Leukemia.”
ME and denial trying to ignore his diagnosis: “It’s January. Why is he talking about a cute Hawaiian Christmas song?”

The doctor followed his pronouncement with a long and detailed explanation of this type of cancer and the treatment to follow, which would require a six-week stay at Brigham and Women’s (Dana-Farber’s in-patient hospital) in Boston.

I tried to listen carefully, but I kept getting hung up on the last thing he said, thereby missing the next. He had questions for my husband too.

DOCTOR: “Do you take any medications?”
DAVID named a single medication then seemed to hesitate.
ME, thinking it was a good time to step in to help. “You take Percocet in the morning too.”
DOCTOR, brow furrowed: “Percocet?”
DAVID, smiling and shaking his head: “No, my wife means Prilosec, but I switched to . . .”
ME, jumping in to correct my faux pas: “Oh, that’s right, it’s Xanax.”
DOCTOR, now eyes wide open: “You’re on Xanax?”
DAVID, patting my hand. “Please ignore my bride. It’s Zantac for heartburn.”

I decided my helping might not help that much.

DOCTOR: “I’m not going to admit you today. I’ll give you five days to prepare things at home. Here’s an order for more blood work for Monday.” Then leading us over to the lab, he said, “Before you leave, I’d like a bone marrow sample.”
DAVID, quivering: “That’s the one thing I’ve been dreading.”
DOCTOR: “Ask the nurse for some Ativan to relax you. But if you take it, you can’t drive home.”
ME, thinking, but not saying: “That means I will have to drive home. How on earth will I find my way OUT of the city when I can’t find my way IN?” 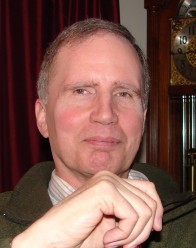 ME to DAVID, after posting a professorial-looking photo of David on our family Facebook page to let them all know: “What do you think?” 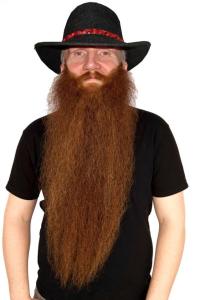 DAVID, after seeing it: “I think it makes me look venerable. Now everyone’s going to feel they have to say nice things about me.”

He countered my picture choice by posting this much less reputable-looking one with the help of Photoshop.

When I found the flannel PJ bottoms, David thought he would need x-large instead of large. I bought one large and two x-large. I washed the large and they shrank sink inches, making them look like plaid capri pants. When he tried on the x-large, it looked like he could synchronize swim in them with two of his friends.

DAVID, pulling the elastic waistline out a good foot: “Like a what? A cancer patient?”

I returned the PJs and we found some that were NOT 100% cotton to avoid shrinkage. We tried four stores before we found slippers big enough.

When discussing how he’d feel once the chemotherapy started, I told David not to hesitate to tell people if he was too tired and needed rest. [During her time as a cancer patient, our friend Kellie used to say, “That Cancer Card can come in pretty handy when I don’t feel like doing something.”]

ME, when I learned David had a long call to make that night: “This might be a good time to play that Cancer Card.”

DAVID, shaking his head: “You never want to open with trump.”

ME, later while thinking about the doctor’s order for more blood work: “They took seven vials of blood from you on Friday. Why do you think the doctor wants you to have more blood work done on Monday?”

DAVID, looking at me over the top of his eyeglasses: “Could it be ’cause you told him I was on Percocet and Xanax?”

See why I want this guy to get well? He not only makes my life better, he makes me laugh while doing it.

The doctor is optimistic David will achieve remission because they caught it early. When the six weeks are over, further treatment will be determined.

Here’s the tee shirt he plans to wear when it gets to that point.

Until then, we’ll keep the faith, keep laughing, and covet your prayers. Thanks.

Whoever dwells in the shelter of the Most High will rest in the shadow of the Almighty. I will say of the Lord, “He is my refuge and my fortress my God, in whom I trust.” ~ Psalm 91:1-2 (NIV)